The Aviva  All Ireland schools cross country championships were held in Cork CIT on 8th March over a tight and demanding course which gave rise to a number of tumbles at the start of the races.

Deirdre Healy just about managed to stay on her feet during the initial charge after the gun in the girls senior race but by 500m she had already moved up to 8th and was picking up places with every stride. As the leaders went out on the second circuit Deirdre and Sarah  Mhaolmhuire  were fighting it out for second, approximately 30m behind Siofra Clerigh Buttner. These three continued to dominate the race with Siofra claiming her sixth schools cross country title in 10 min 34, Sarah second in 10 min 43 and Deirdre, a close third in 10 min 52. Tremendous running by all three athletes.

Alex Hunter was almost wrestled to the ground at the start of the boys intermediate race making it impossible for him to get his usual good start but he fought all the way from the rear of the field to finish a very creditable 39th overall. No doubt he will be back next year to set the record straight so watch this space. 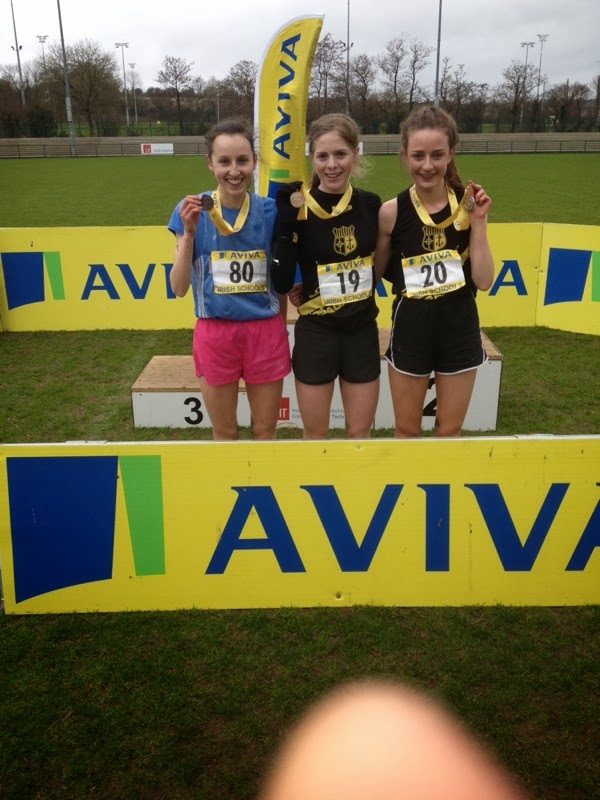 Posted by GFinnegan at 5:45 PM