Meeting for Parents willing to assist in the athletics club on Wed 31st August at 9 pm in Ratoath GAA club house.

There is a meeting on tonight Wed 31st August at 9pm in the GAA bar for Parents/Guardians/Grandparents/Adult Siblings who would like to help out at the Athletics Club. We are especially looking for people to help the coaches with an aim to becoming a coach or people who are interested in helping to organise fundraising events etc. The courses run by athletics Ireland are very well organised and great fun to do, and the young athletes love the variety that athletics provides.
I will have Garda Vetting forms with me tonight to be filled out at home and I will have information regarding the vetting program for those interested.
As this is short notice if you are interested but cannot make it tonight please email on ratoathathletics@gmail.com or text 0876851261
Thank you,
Tom

Hi All,
Due to our numbers and to keep the training safe and fun we need to change the times of the Little Athletics.

We will need more parental support to do this. If you are going to be there watching your child and do not have to supervise a sibling please contact me on 0876851261 or ratoathathletics@gmail.com and I will get the Garda Vetting forms to you. Coaching is very rewarding and made even more so when you have plenty of support and back up so please get in contact with me.

Posted by Ratoath AC at 8:11 PM No comments:

Hi All,
The track training resumes this Tues 30th Aug at 7pm for the U10,11,12,13's. We'll be concentrating on basic fitness and some conditioning exercises.
See you there.
Posted by Ratoath AC at 8:05 PM No comments: 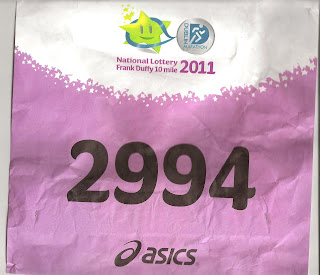 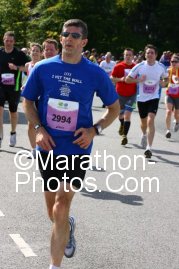 Welldone to Ratoath's Colm Keogh and Peter Doherty in the Masters Track and Field Championships in Tullamore today.

Colm was Gold medal winner in the 100m and 200m today in Tullamore with Peter Doherty getting the Bronze in the 100m,200m and 400m. This is a continuation of winning form for Colm who has been a stalwart competitor for Ratoath over the years. For Peter this is a great end to a year in which he decided to start back training last October (for the first time since leaving college) and has gone from strength to strength culminating today in 3 Season's Best performances.

Posted by Ratoath AC at 5:26 PM No comments: 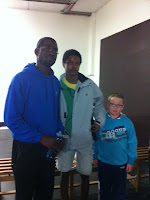 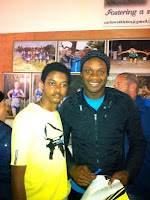 Brilliant night of coaches education. Micky Ruben gave a master class on the importance of the core and an excellent demonstration of exercises to strengthen all parts with special emphasis on the back.
To cap it off we had Asafa Powell and Kelsey Spencer with their physio Anthony 'Star' Geoghegan answering questions for 35 mins at the end of the evening.
Special thanks to St Laurence O'Tooles for organising this great night.
Posted by Ratoath AC at 9:02 AM No comments:

Sorry for the late notice but I've just been advised about a nutrition workshop being held in Claremont Stadium today at 4pm specifically for athletics. Pre and Post race drinks and shakes, pancakes for energy and snacks for inbetween events all home-made way cheaper than the shop bought equivalents.

This workshop is held in the kitchen so that you can see how these are made and taste them there and then.

Great Fun Run for all the family with entry for Adults and Children. Just click on the title for the the link to the Run Ireland site.
Posted by Ratoath AC at 6:04 PM No comments: