Aine O Connor and Alex Hunter competed in the Irish mountain trials last weekend in Crone Wood, Wicklow. Places on the Irish team for the upcoming British and Irish mountain running championships were at stake so competition was tough. Aine O Connor, in her maiden run over the mountains, finished third in the girls u 17 while Alex Hunter called upon all his hill running experience  to win the boys equivalent. Fingers crossed that both athletes will be selected for the international in mid September when the teams are announced. 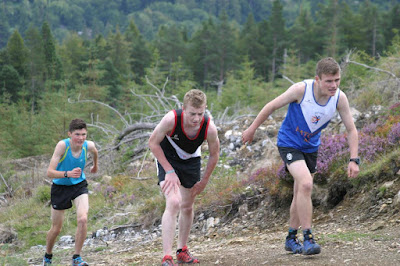 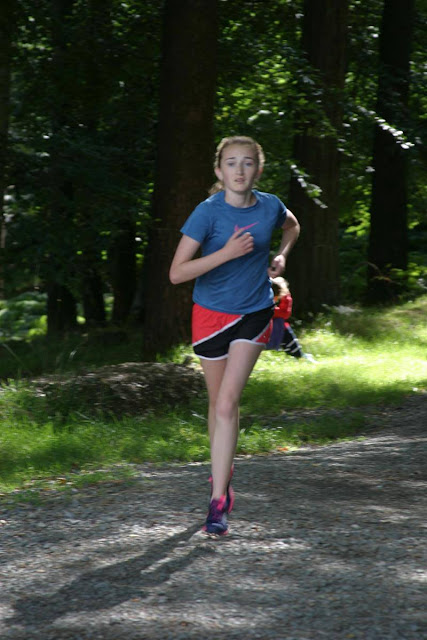 Posted by GFinnegan at 7:35 PM No comments:

Due to re-seeding works on our track lanes 1-3 will be closed until Monday the 21st of September. All training groups please use lanes 4-8 during this period.
Posted by Peter Doherty at 6:48 PM No comments:

We will commence training in the Phoenix Park this Sunday for any u9-14 athletes wishing to compete in Cross Country this season. We will also have a hill running session for our u13-19 Sprint Competition group. We will meet at the Papal Cross Car Park at 10:50am.
Please note that parents of athletes must stay in the park for the session and are welcome to join in for a walk or run on the course.

Posted by Peter Doherty at 4:54 PM No comments: 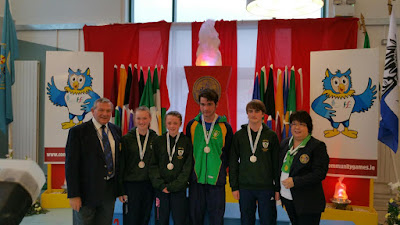 We had our best ever Community Games this year with a record number of individual and team medals coming from track, field and cross country, Aimee Doherty got weekend 1 off to a great start winning gold for Meath in the girls u12 cross country relay combing with her team mates from Dunboyne Doireann Ni Fhlartharta, Abigail Knox and Aoife McCormack. We had 13 athletes competing over Saturday and Sunday on Weekend 2, Emma Coroner was the first to medal on Saturday finishing 4th in the girls u14 long jump, just a few hours later Daragh Casey secured gold in the u14 boys long jump with a personal best of 5.52m. Amazingly all of our athletes qualified out of their heats in both the individual sprint, middle distance and relay heats on Saturday to make for a great day of athletics on Sunday.
Our younger athletes showed no sign of nerves on finals day with Caoimhe Fitzsimons putting in a faultless display of hurdling in the girl’s u10 60mH taking home bronze and her first National medal, Laura Kelly also placed 3rd in the girl’s u10 200m pacing it to perfection in a tight finish. Ella Healy had a tough semi in the girls u12 100m and was unfortunate not to make it through to the final, Matthew Buckley put in another powerful performance in the u14 100m to secure our 2nd gold of the weekend, Ivie Okome was in good form also finishing 4th in the u14 girls 100m. In the middle distance events Tom Kilgannon put in a great run in the boys u12 600m, Tom had a lot of ground to make up with 200m to go but with a strong kick over the last 150m he secured 3rd place with a pb of 1:43s. Karen Hayes who had been coming into some great form recently ran a very smart race in what was a tactical u14 girls 800m final, Karen kept her cool and improved her pb by 4 second to finish 4th to take our 8th individual medal of the weekend.
Lili O’ Connor put in a good performance also out of age in the girls u14 hurdles making it to the final where she finished 6th. Ciaran Rogers had a pb in the long puck just missing out on the final.
With the individual finals out of the way our mixed relay teams took to the track, our u13 team after only finishing 3rd in their heat and semi-final upped a gear in the final to finish 3rd taking an unexpected medal, great team performance from Aimee Doherty, Ella Healy, Oisin Kelly and Tom Kilgannon. Our u15 mixed team went from strength to strength over the weekend, the team of Daragh Casey, Matthew Buckley, Emma Coroner and Aine Cooney ran a terrific final and were just pipped on the line for gold by Limerick according to the Community Games officials, this raised a lot of eyebrows as most on- lookers were convinced our mixed team had held on for the win. A great performance none the less from our team running a pb of 49.4s in difficult conditions.  Well done also to club member Rachel Doherty who secured a 4th place medal on Weekend 1 in the girl’s u14 backstroke. 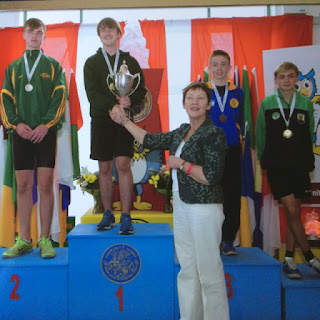 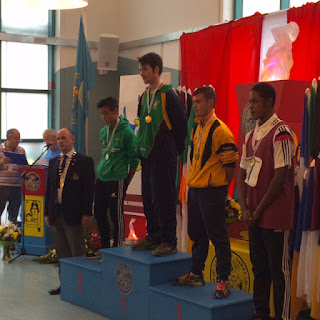 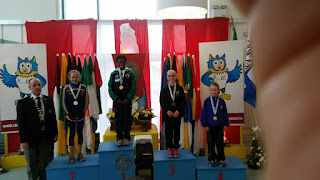 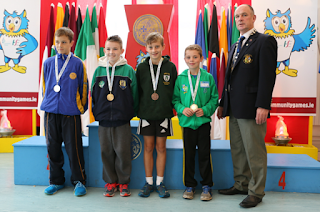 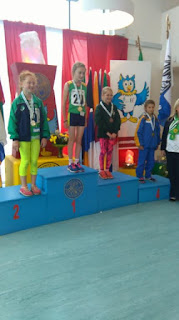 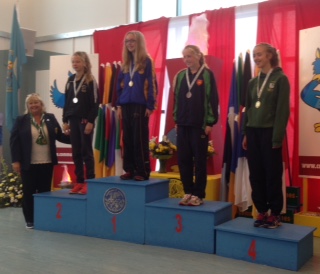 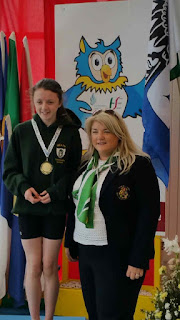 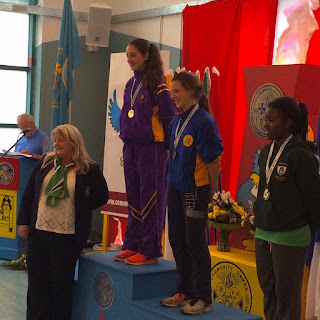 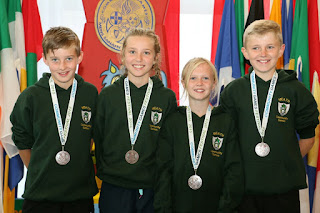 Posted by Peter Doherty at 10:18 PM No comments:

The death has occurred of Mary O'Connor mother of Tom and grandmother to club member Áine on the 19th of August 2015 peacefully after a short illness age 92years.

"May She rest In Peace"

Posted by Ratoath AC at 9:55 PM No comments:

It is with great regret that we have learned the sad news of the death of Joan Duggan, whose daughter Claire Witter is our club registrar. Claire's sons are members of the club.

May she Rest In Peace.

Reposing at her home this Monday evening from 4pm-8pm. Removal on Tuesday morning to SS Peter and Paul’s Church, Baldoyle, arriving for 10am Mass, followed by Cremation Service in Glasnevin Crematorium. Family flowers only, donations to St. Francis Hospice, Raheny.

Posted by Ratoath AC at 4:24 PM No comments:

Please note adults training on wednesday will change to an earlier time of 7pm to allow for the couch to 5k group starting at 8pm
Posted by Ratoath AC at 2:35 PM No comments:

Karen Hayes was an impressive winner of the girls u 15 800m at the Boyne A/C open track & field meeting yesterday (Sunday 9th Aug). Conditions were not ideal as there was a blustery wind but Karen recorded a new personal best of 2 min 30.81 sec and seems to be coming into good form just in time for the national community games at the end of the month. 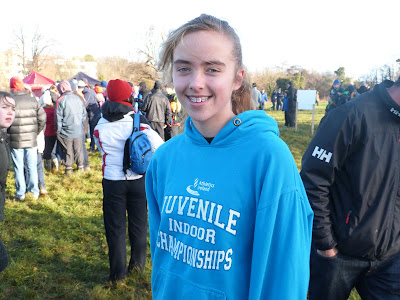 Posted by GFinnegan at 1:00 PM No comments:

Please see below training times for the up and coming season, due to our large and increasing numbers we have to restrict all athletes this season to train in their age groups at their allocated time, athletes will not be allowed to move into an older or younger age group training session. Training will recommence on Tuesday August 18th and our first Phoenix Park training session will commence on Sunday August 30th.

Please note we have changed our competition policy for the up and coming Cross Country season, athletes from u9-14 will only compete in their age group and will not be permitted to compete in an older age group. This policy change is to allow greater development of our fringe athletes in our younger age groups, reduce pressure on athletes competing in two age categories, and to assist in the long term development of all our younger athletes.

The Meath Even age Cross Country Championships will take place on the 4th of October and Un-Even age Championships on October 11th, venues and entry dates to be confirmed.
Posted by Ratoath AC at 6:33 PM No comments: