Coach Training Courses in Meath and Dublin in the Spring

It's all too often that we hear of instances of Sudden Adult Death Syndrome (SADS) in the national news, and our club is offering its facilities to HeartAid who are coming onsite to run this screening program. We in conjunction with Ratoath Athletic club are promoting this screening to all our club and family members.
(Please note – The cost is payable by members – we unfortunately are not in a position to fund any part of this screening)
Heartaid encourages all families and friends, husbands/wives/children 12yrs+ to avail of the screening.

Why undergo a Cardiac Screening?

Heartaid provide an on-site Doctor-led Cardiac Screening service to schools, clubs & companies nationwide. The service is ultimately aimed at reducing the incidents of Sudden Adult Death Syndrome (SADS) in Ireland and promoting a healthy lifestyle. They provide our service on-site at a time and place that is convenient.
Heartaid work exclusively to provide regular cardiac screening to all LAYA Healthcare members nationwide. We also screen all senior inter-county GAA teams across Ireland. We screen for the FAI, Connacht and Leinster Rugby, as well as a numerous companies and local sports clubs up and down the country. Our Medical Director is Dr Alan Byrne who was previously Medical Director of the FAI
In accordance with international best practice each Cardiac Screening includes:

Heartaid’s service is based on the recommendations of the GAA’s Medical Scientific and Advisory Committee http://www.gaa.ie/medical-and-player-welfare/cardiac-screening  and The European Society of Cardiology. In Italy screening is compulsory for anyone competing in sport. They have reduced SADS by 89% over the past 15 years and this is the model we are following.

The Screening, Cost and Health Insurance cover
Booking an appointment
An online booking system has already been set up for Friday 10th January. The clinic code to book an appointment is: ratoath10 (afternoon/evening 2.45am-8.45pm – 40 screenings). Once this is full anyone booking will be promoted to go to make a booking for Saturday Jan 11th (ratoath11 for Saturday Jan 11th, all-day 9.30am-4.45pm – 45 screenings)
Bookings can be made online at https://www.heartaidbooking.ie/bookingform . People can use Credit or Debit cards to book an appointment.
Anyone with LAYA is FREE but must make a booking too.
The booking leaflet is attached also, click here.

Training is finished now until the week of 6th Jan 2014

Merry Christmas Everyone
Posted by Ratoath AC at 7:56 AM No comments:

Dear Members,
We are having our Club AGM on Monday 16th DEC at 8:15pm
in the GAA Clubhouse.
We have a number of Outgoing Committee Positions.
Chairman Tommy Boshell remaining unless someone wants to step forward.
Vice Chair  Tim Keane (Outgoing) --- No Nominee
Secretary Tom Brady (Outgoing) --- Nominee Sineád McGoldrick (Drummond)
Treasurer Monica Reilly (Outgoing) --- Mary Keily (Nominee)
Vice Treasurer Siobheal Cummins (Outgoing) --- No Nominee
Registrars Claire Witter, Aileen Bruton (Outgoing) --- No Nominee for 2nd Position
Competition Secretary Tony Butler (Outgoing) --- Nominee Peter Doherty
Children's Officers Tom Brady, Aileen Bruton (Outgoing), Eoin O'Beara --- No Nominees
Ordinary Committee Members Kieran Walshe, Phil Bateson, Eoin O'Beara, Tina Power, Peter Doherty - Nominee Tom Brady
As can be seen we have a number of positions to be filled this year. Note that there is a max term of office of 3 years for the main executive positions hence a lot of the changes. This committee has worked very hard over the years and needs people to step forward and take the reins, if you know of someone (including yourself) who you feel would be good in an available position please having asked them, Nominate them  via email, phone or text to Tom on 0876851261.
Proposals
1) Add to Reg Form Permission to use video technology for use in the teaching of technique. Proposed by Tom Brady.
2) Strict adherence to age group times only exceptions being for volunteers. Proposed by Tom Brady.
3) Setting up of a separate Fundraising Committee - proposed by Keith Heffernan and John Coroner but we'd like 2-3 more people to join them.
4) Setting up a Coaching Committee to oversee the coaching goals and standards within the club. - proposed by Tom Brady and Siobheal Cummins.
5) AOB - Any additional proposals please email before Friday 13th Dec.
AGM Format
1) Chairmans Report
2) Minutes of 2012 AGM.
3) Secretary's Report.
4) Treasurer's Report
5) Coaching Report
6) Election Of Officers
7) Proposals and AOB.
Looking forward to seeing as many members as possible there on the night.
Thank you,
Tom Brady
Posted by Ratoath AC at 9:40 AM No comments:

Adverse weather conditions allied to a very demanding course made it tough for the athletes competing today (15th December) at the uneven age juvenile cross country national championships in Waterford IT.

Alex Hunter ran yet another magnificent race to finish 6th overall in a very competitive u 15 boys race with Meath finishing a close second in the county team.. Our under 11 girls of Aimee Doherty (21st), Aoife Rutherford (52nd), Ella healy (104th) and Lili O Connor (127th) were 10th club team and despite finding the conditions tough, gave it everything and will surely have their day sooner rather than later. Aine o Connor, 47th in the under 15 and Deirdre Healy, 17th in the u 17  did the club proud with strong runs in their respective races while Philip Marron (40th) and Ciaran McCarthy (69th) rounded off the day from a Ratoath perspective with 2 fine performances in the boys u 17 over 5000m. 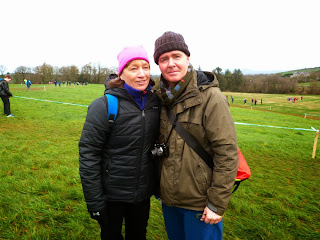 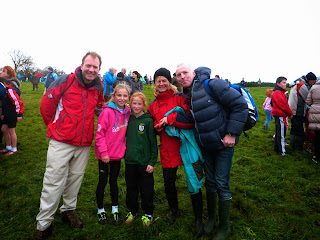 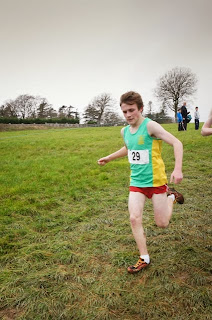 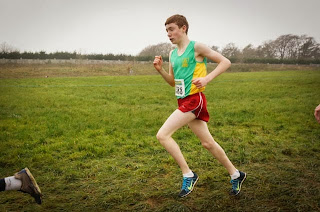 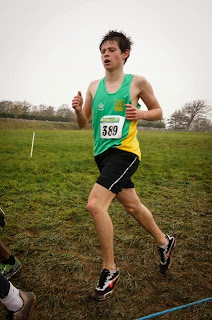 Posted by GFinnegan at 7:40 PM No comments:

The death has occurred peacefully surrounded by his family of Thomas (Tom) McGoldrick at the Mater Private Hospital. Tom was the beloved husband of Kathleen and treasured dad of Paula (Whitty), John, Margaret(Tobin), Sinead (Drummond), Niall, Barbara (Guickan) and Joey. He will be sadly missed by his family, sisters, sons-in-law, daughter-in-law, all his grandchildren, sisters-in-law, brothers-in-law, nieces, nephews, relatives and friends.

MAY HE REST IN PEACE

Reposing at his home from 5pm on Friday. Removal on Saturday 14th Dec  at 10.30am arriving at the Holy Trinity Church, Ratoath for 11am Funeral Mass.Burial afterwards in the adjoining cemetery. Family flowers only please. Donations in lieu to the Irish Cancer Society.

Posted by Ratoath AC at 5:44 PM No comments:

The Ratoath Ac Club awards night will take place this Saturday the 7th December at the Ratoath GAA Club House. The awards night will be split into two groups with the little athletics on from 4pm to 5:30pm (Ages born: 2006, 2007 & 2008). The little Athletics athletes will be presented with their Athletic challenge certificate which was completed over the past few weeks. Lots of fun, music and dancing on the night with James Brady entertainment.

The juvenile athletes night U9-19 will be on from 6:00pm to 7:30pm, again James Brady will provide the entertainment, awards will be presented on the night to the top 10 boys and top 10 girls points scorers for the club in the Meath Inter Club league which was held between April & June of this year, also awards for most improved athlete of the year- girls & boys and the main award- athlete of the year- girls & boys. Replacement trophies will also be presented to last year’s winners.
Juvenile Awards will be presented from 7pm-7:30pm.
Entrance fee on the night: €2
Hope to see ye all there for another good night.
Posted by Peter Doherty at 10:18 AM No comments:

On Thursday the 5th Dec we are going to run a members charity Mile Event in aid of the local branch of St Vincent dePaul. We will be asking the members taking part to donate a minimum of €2 to take part in the event. We will have a large race clock there on the night so that every one will see their time as they finish.
As an added incentive for our juvenile members we will be timing everyone over their mile and their times will be sent into Athletics Ireland where they will be awarded wrist-bands based on their times.
The following are the details regarding the colours of the bands. Note that there is a difference in the time bands between boys and girls as this has been decided by AAI.

To help divide up the evening and give everyone a good chance of enjoying the running and walking experience having a clear track with nobody getting lapped, we are going to divide up the times of the runs, and divide the young athletes based on the times that they have done on previous time trials so that they should be able to run fairly close to each other and help each other along.

If your name is not on one of the lists, this is just because you may not have ran in the 800m time trials. Look carefully at the groups and see if you can find a friend that you feel that you would be able to run at close to the same pace as them. Remember that the main goal of the session is to do the run for this worthy charity

Group 1
Warmup at 6:30pm SHARP with their Run/Walk beginning at 6:45pm. This starting group will be for those athletes just beginning in their aerobic fitness and they will be running and walking the 4 laps. And will be aiming to get around the mile in between 11 and 14mins.

Group 5
Warm up at 7:30 for and 8pm run note longer warm-up.
This group will be looking to run in and around 7 mins for the mile.


This is open to All adult members and is a great opportunity to run a timed mile with a proper timing clock there for you to see. The more down the merrier.
Posted by Ratoath AC at 6:21 PM No comments: