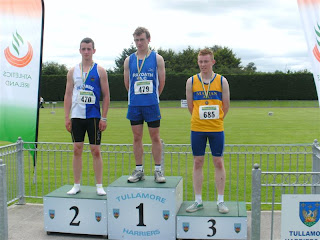 Posted by Ratoath AC at 9:49 PM No comments:

Email ThisBlogThis!Share to TwitterShare to FacebookShare to Pinterest
Labels: all ireland masters, u18 200m

Great fun day out with the family. Remember to register for the mile run for free on the site.
Posted by Ratoath AC at 8:35 PM No comments:

Click on the title for info.
This is Slane AC's 1st time holding this event and so please give them your support.
'The event will be part of the Slane Castle annual lady well fête ( www.ladywellfete.com ), where plenty of family entertainment will be provided on the day from music, games, food stalls etc.'
For Ratoath AC members if you are thinking of running the 10mile please contact me prior to entering for pricing info. ratoathathletics@gmail.com or 0876851261
Posted by Ratoath AC at 11:28 AM No comments:

Click on the title for the Athletics Ireland article.
Posted by Ratoath AC at 10:30 AM No comments: 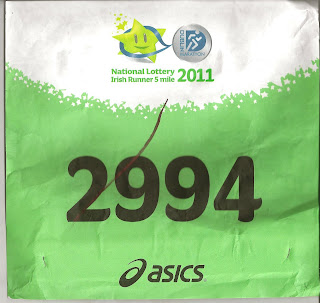 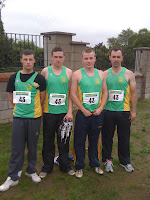 Meath Athletics are hosting their now Annual 5k Beach Run & BBQ on Gormanston Beach at 8pm Firday July 15th.
The proceedings get under way with the underage races over distances of 200m to 600m from u9 up to u14. It is important to note that the the event is confined to only members of Meath AAI.
Directions drive to Duleek & straight through the village . At the Drogheda to Ashbourne road turn right and then take an immediate left at Duleek graveyard - you are now on the Duleek-Julianstown road.
In Julianstown turn right for Dublin. After you pass the second Apple Green Petrol Station which is on your left then you take the slip road on the left signposted for Balbriggan, Stamullen, Gormanston. Drive on and pass the Cock & Huntsman Pubs one on either side of the road.
Entrance to the beach is via the Gormanston train station entrance about 800m the Dublin side of the Cock & Huntsman Pubs.
For anyone comming from Enfield using M4 & M50 or Dunboyne using M3 & M50 then you turn off the M50 for the M1Belfast. Keep going North till you see the City North Hotel (can't miss it - it is a eyesore on the East Meath landscape) exit about 20k from Airport. Then follow signs for Balbriggan - Gormanston Stamullen and you will then come to the Cock & Huntsman pubs. Then follow directions as before.
Phone Brendan Meade @ 087 2533113 if in trouble and he promises to keep a burger for you.
Posted by Eoin at 2:48 PM No comments:

Anther excellent performance from Deirdre Healy last weekend when she finished a close 5th in the u 15 girls 800m AAI national championships with a time of 2 mins 22 sec.
Ciaran McCarthy also did the club proud in making the national finals of the u 15 800m.
Well done to both!
Posted by Eoin at 9:31 AM No comments:

Wednesday the 20th of July 2011 at 8pm in Oldcastle Co Meath
Map of race here, race starts at 8 pm and race registration is in the Naper Arms Hotel in town.

Entries on the day 10 Euro per Individual

Check their website for the full programme of events
Posted by Eoin at 9:46 PM No comments: 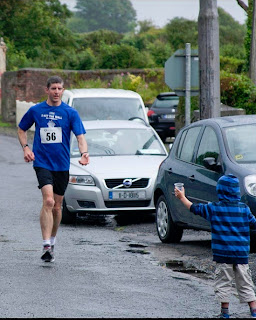