Athletics Ireland would encourage all Irish throwing fans, athletes and coaches to get to Templemore and support all these Irish and International athletes and give them a great welcome.

COACHING CLINIC
Terry McHugh, Ireland’s javelin record holder only ever Olympic Javelin thrower and now Swiss National coach will give a short clinic about his views on what makes a javelin go far. He will have some of Ireland’s leading juniors as his training group. Terry is really looking forward to doing this event in Templemore as he is a native of Ballingarry village in Co. Tipperary. This is a rare opportunity for Irish coaches and athletes to listen to Ireland’s 6 time Olympian.

Icelandic coach Peter Gudmundsson will also give a clinic on Rotational Shot Put. Petur is an authority on this event, having competed for many years at international level. Petur was a medallist in the World Indoor Championships and has a personal best of 21.26m. Petur also holds the world record in the Highland games event of throwing the Braemar stone. Despite the fact that the Rotational style is the most common at World and European championship level, Irish throwers have been reluctant to throw the rotational style mainly due to the small number of coaches that promote the event. This is a great opportunity to learn from one of the best in the game.

Posted by Ratoath AC at 7:30 AM No comments: 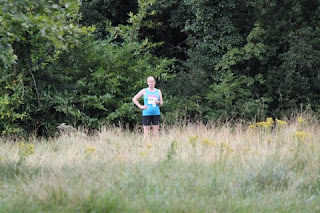 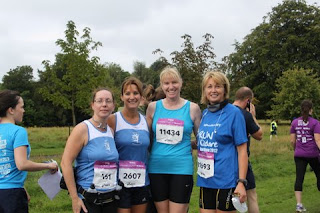 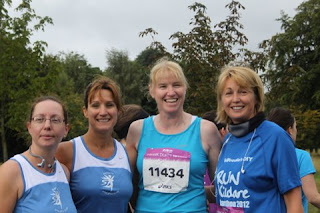 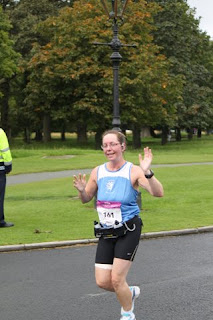 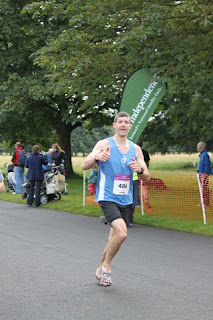 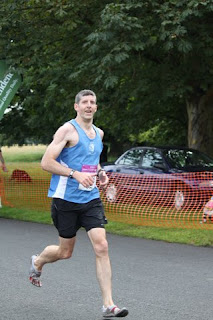 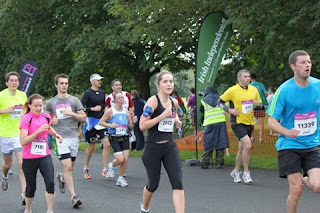 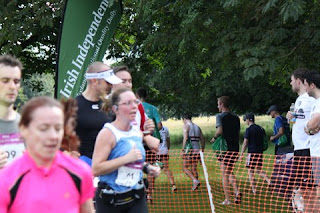 All photos courtesy of Neal
Posted by Eoin at 12:03 PM No comments: 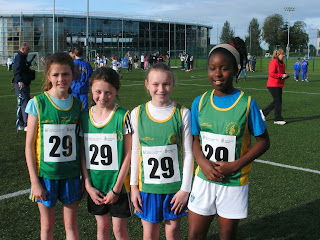 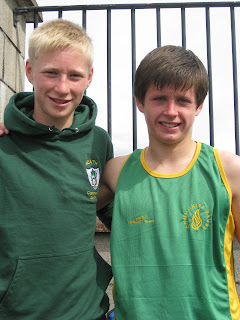 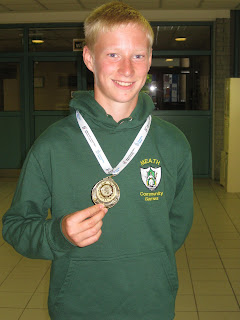 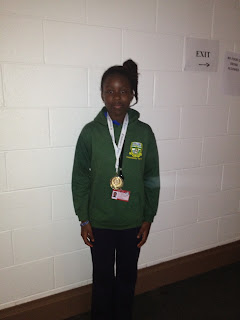 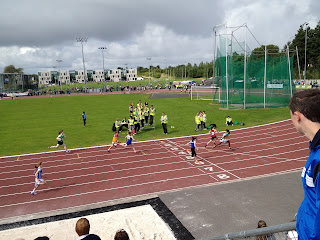 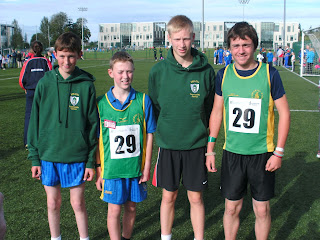 Posted by Peter Doherty at 10:49 PM No comments:

Tara AC yet again hosted a great 5km Road Race and Fun Run tonight. The rain held off making lovely conditions for the run. Fast downhill start followed by a climb up to Skryne until just after the 2km point then mostly downhill or flat until the final 70-80m of climb to the finish. Ouch!
Well organised, great atmosphere, well done to all the organisers and volunteers.
Really looking forward to our own run on the 16th Sept.
Posted by Ratoath AC at 9:30 PM No comments:

Link for registering for our 5km Road Race. Looking forward to seeing you there.

http://precisiontiming.primo-solutions.co.uk/ps/event/Ratoath5km
Posted by Ratoath AC at 4:06 PM No comments:

Congratulations to Ratoath AC Master Sprinter and Coach Peter Doherty who came 2nd in the 100m in a time of 11.86sec and 3rd in the 200m in a time of 24.29s while running in lane 8 in the All Ireland Masters Championships held in Tullamore today. Both great results and times justifying all the hard work he has put into his training this year. I know he's already got his plan in place to attack the indoor season next spring and we're looking forward to seeing him getting even stronger and faster.
Posted by Ratoath AC at 8:29 PM No comments:

Monday 13th - Training is on TONIGHT Monday at the Track at 7pm with AnneMarie.

Intermediate Level or Advanced Level Only….

Please ensure you have a training partner at the same level who can run with you as parts of this run are quite secluded and we do not recommend anyone running on their own.

Fit4Life Group: Track open at 7.30pm for use if you wish to use it. No coaches available however please do not hesitate to contact Siobheal 0868540550 if you wish to discuss training plan

If you forgot last week please bring €4 this week (Thanks)

Speed Session Track open for use for Fit4Life Group jogging/walking

Results from All Ireland Development Championships 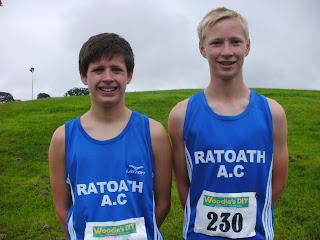 Congratulations to them both.
Posted by Ratoath AC at 6:21 PM No comments:

No training today but it will be back on Tues 7:30 at the track for Cross Country Training.
Posted by Ratoath AC at 11:38 AM No comments:

Cross Country season starts end of September and to be ready for it athletes need to prepare. There will be 3 45min sessions each week for the month of August Tuesday at 7:30pm at the track, Friday 7:00pm at Fairyhouse and back at the track on Sundays at 12:00pm. Note parking very tight on Fridays outside fairyhouse.
These sessions are run by Gerry who is our most experienced and qualified coach assisted by Peter and Tom.
Distances are planned to decrease this year for the younger age groups likely to be (not confirmed)
U9 750m
U10 1000m
U11 1200m
U12 1500m
U13 2000m
U14 2500m
U15 3000m
As the ages get older I'm less sure of what the final decisions were but will update them later.

As you can see for our young athletes to run these distances safely they need to put in at least 3 days training.
So while the general training is over for the month of August there are still sessions there for your young athlete to train in.
Posted by Ratoath AC at 5:02 PM No comments: