By Sinéad McGoldrick
Rathbeggan National School cross country league finals took place last Friday with over 80% of kids from 1st to 6th class volunteering to taking part in the competition organised by Vice principle Ms.Devine. Over 90 kids were split in to ten teams, each team member picking up points for their team in the 21 races which were run over the last few months.

We were delighted to see so many kids out running and enjoying themselves; there was a great atmosphere with team mates cheering and encouraging their team members. On Friday’s finals there were races between 1st and 2nd, 3rd and 4th and 5th and 6th class  girls and boys and also a very exciting team relay race for the finale. The league’s winning team was revealed on the day and each received the league cup and special embossed school logo medal.

It was a great turn out with many parents coming out in support. Some great race times where recorded with over 20 of our own Ratoath AC members placing very well and also winning their class races. They include Fionn Drummond, Orla Hayes, Aoife Ní Mhurchadha, Claire Mc Enroe, and Caelon Donegan captaining the winning team. Great credit must go to Ms.Mary Devine for her huge dedication to sport in the school.

We wish them and the two other schools from the parish best of luck in the up-coming Meath primary schools cross country competition on March 14th.

Photo  below of some of our Ratoath AC club members along with Coaches Gerry and Peter and Rathbeggan NS Princilple Mr. Rushe and vice principle MS.Devine. 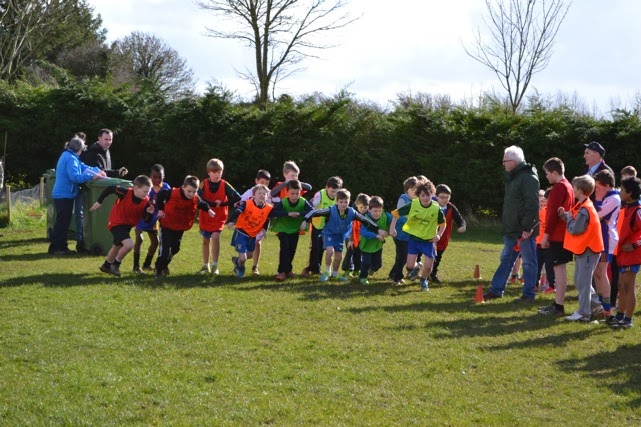 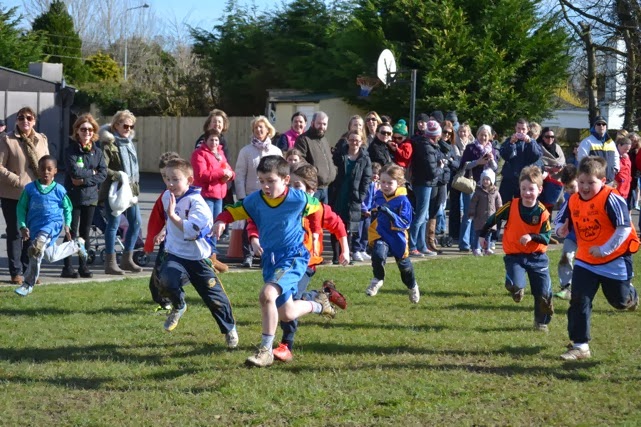 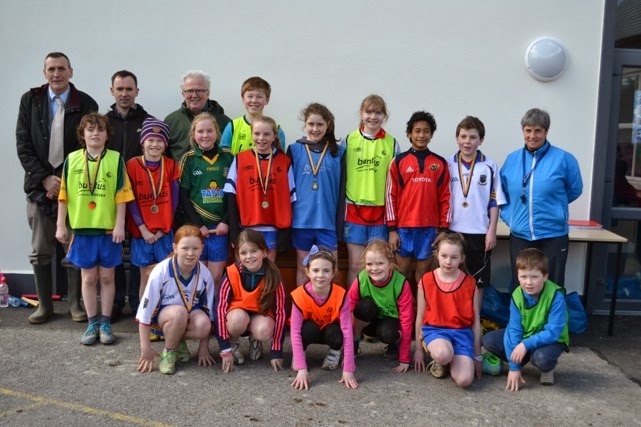