The National Juvenile individual indoor championships was held last weekend in Athlone. We had 10 athletes competing from the club, a great number considering we only had two athletes at these championships last year.
Day1- Saturday March 22nd
Day 1 seen our sprinters in action in the morning session, Lili O’ Connor, Matthew Buckley and Ivie Okome all ran good heats and qualified for their finals comfortably, Lili got off to a bad start in her final, but still managed to finish 6th, she was a little disappointed, but in only her first year of completion this was a good result at national level. Ivie was not on top form on the day and again she was disappointed to finish 8th in her final. Matthew Buckley was in flying form again setting an Irish Championship record in the heats of the u13 boys 60m with a time of 8.01. Matthew was put under pressure in the final and was behind at 40m, but he kept his cool and came through to win by 2m from the Portmarnock AC athlete. This was a great result for Matthew, claiming his first National title and he got the weekend off to a great start for the Club. Emma Coroner competed in the girls u13 long jump, Emma’s best jump of the day 4.2m was a bit below her pb of 4.28, but still good enough to make the jump off and she eventually finished 8th in the final. Emma has made huge progress this year in the long jump. Tom Kilgannon was first up in the afternoon and was a strong contender for a medal in the boys u12 600m, unfortunately Tom got off to a bad start and hurt his foot on the track kerb which cost him a lot of time, he fought back well to finish 8th in a time of 1:52s, well below his pb of 1:49. Again Tom has made great progress winning the Leinster title this year and will be back to fight another day. Alex Hunter, Philip Marron and Deirdre Healy competed in the 1500m in the evening session, Philip had another great run finishing 5th in the boy’s u17 final with a new pb of 4:21.37. Alex had a good run also finishing 5th in the U16 1500m with a pb of 4:28.92. Deirdre Healy fresh from her bronze medal in the All Ireland Schools Cross Country the previous weekend showed no signs of tiredness winning the girls u18 1500m convincingly in yet another pb of 4:46.93 earning our second Gold of the Weekend.
Day 2- Sunday March 23rd
We only had 4 athletes competing on Day 2, Lili O’ Connor quickly got over her disappointment from the previous day with a terrific display in the girls U12 long jump. Her first jump of 4.31m was her best jump on the day and was good enough to take the Gold. A great performance by Lili who was had 3 jumps in excess of 4m and her 4.31m jump added 15cm to her pb. Matthew Buckley returned for the boys u13 hurdles, Matthew made the final where he finished 6th. Eoin Clayton competed in the boys U17 high jump, Eoin finished 10th with a jump of 1.50m. Peter Kilgannon qualified comfortably from the heats of the boys u17 800m, Peter really went for it in the final going through the first lap with the leaders in sub 58s, but the top 4 got away from him on the final lap, and he finished 5th in 2:07, four seconds off his seasons best.
This was a record Weekend for the Club winning 3 National Gold Medals and We hope there is more to come in the up an coming outdoor season. Well done to all athletes who competed at the weekend. 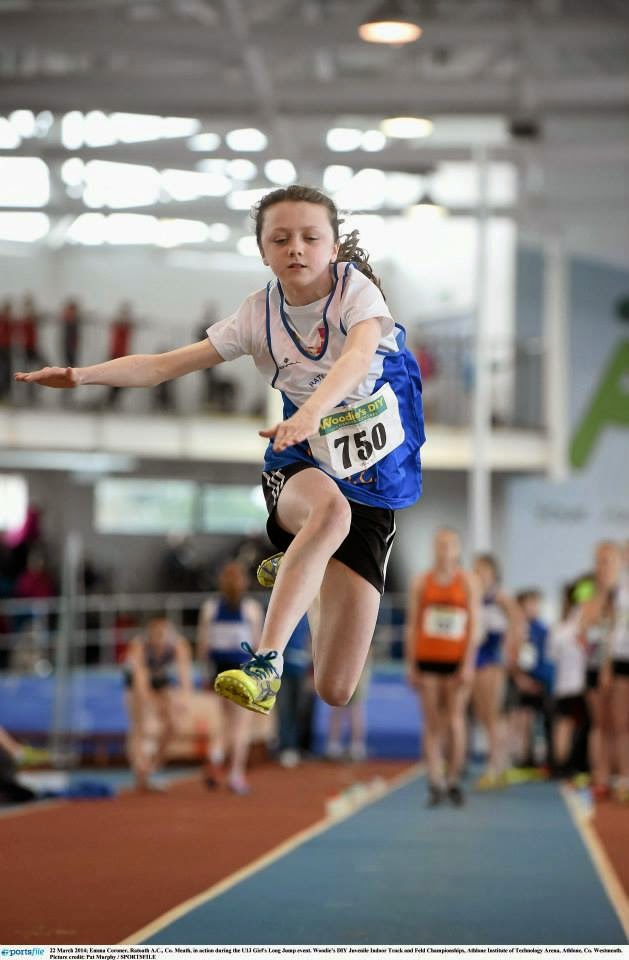 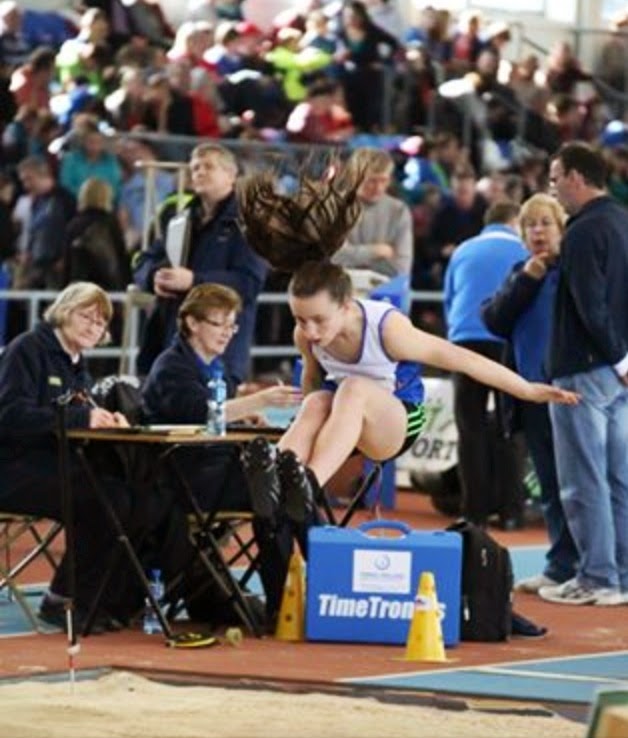 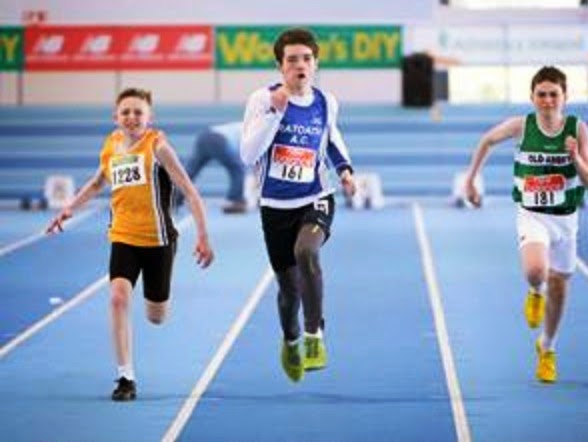