First up on day 1 (14th May) was Alex Hunter competing in the intermediate boys 1500m steeplechase. This is Alex's first year competing in this event and he finished 5th in a time of 4 min 55.01 sec which is a new PB and augurs very well for next season. Next up was  Peter Kilgannon  who ran his trademark fast bend in the u 16 200m and took the bronze medal in 24.34 sec. Aine O Connor produced what was probably the run of the day from a Ratoath perspective with a new PB by over 9 seconds when finishing third in the u 16 girls mile in 5 min 43.8 sec. Philip Marron was involved in a very tactical u 16 mile that ended  in a tremendous  55 sec last 400m sprint finish and he just missed  out on a medal when finishing 4th in 4 min 51 sec. A more even run race would have suited Philip better but he is in great shape and will surely run some big races before the season is over.

The last event of day 1 was the u 16  4 X 300m relay with the Ratoath quartet of Brian Kiernan, Philip Marron, Daryn Browne and Peter Kilgannon  taking the bronze in 2 min 37 sec. However, an appeal has been lodged as it appears the wrong staggers were used which would have significantly left those teams drawn in the inside lanes at a  disadvantage (Ratoath were in lane 1). The appeal was successful and a re-scheduled date for the race is expected to to announced shortly.

Deirdre Healy got day 2 (17th May) off to a great start with an emphatic gun to tape run in the senior girls 3 k. Her winning time was 10 min 45.9 sec despite easing up over the last four laps. Aaron Phelan's excellent triple jump of 12.32m was good enough to earn him the bronze while Ciaran McCarthy ran a seasons best of 4 min 33 in the intermediate 1500m. Alex Hunter  broke his own club u 16 / junior record with another superb effort of 9 min 43 sec when finishing 7th in the intermediate boys 3k 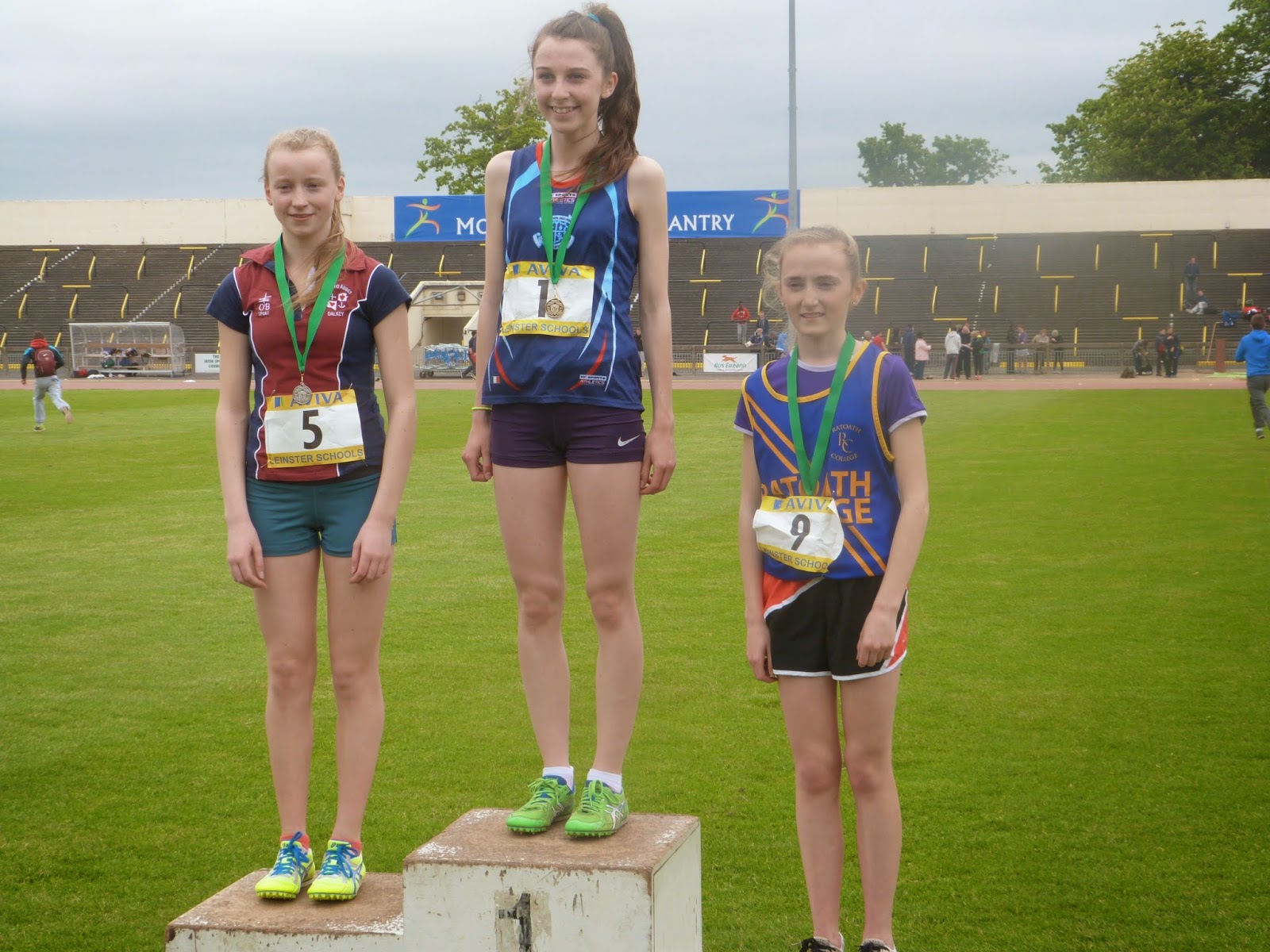 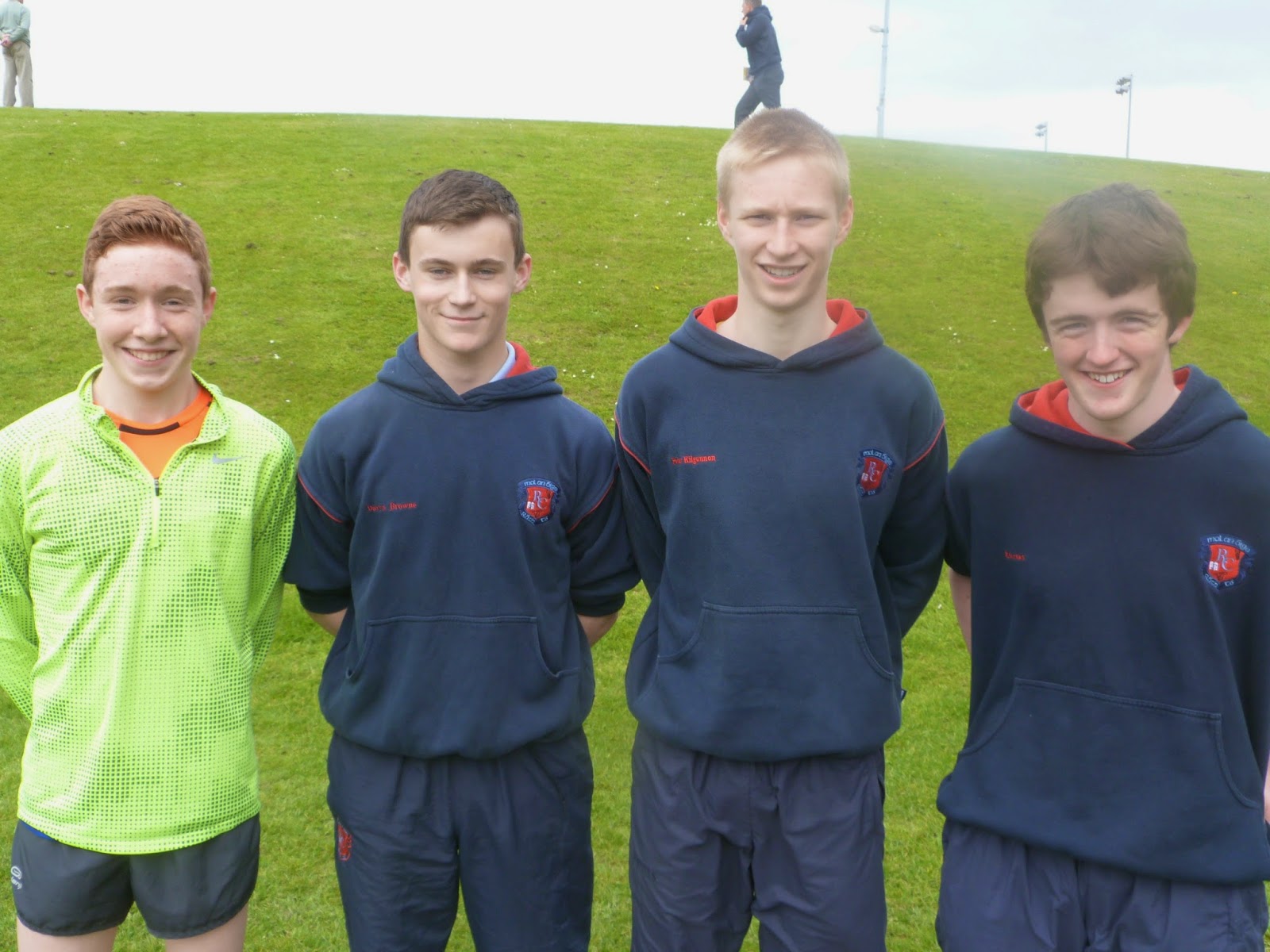 Posted by GFinnegan at 8:41 PM