The club had 4 teams competing in the Leinster juvenile club cross country championships held on a fast, flat course in Ballyroan, Co Laois.
First up was the u 12 girls quartet of Ella Healy, Aimee Doherty, Aoife Rutherford and Lili O Connor. Ella got the team off to a flying start on the first leg and Aimee consolidated a slight lead with another powerful display of front running on the next leg. Aoife and Lili continued to pile on the pressure and won going away at the finish from SLOT and Mullingar. The u 12 boys team of Brian Kiely, Fionn Drummond, Kyle Witter and Tom Kilgannon were only 7 seconds down on the winning team at the finish  and were a very creditable 7th team  in an extremely competitive and close race. Our u 14 girls squad of Rachel Doherty, Karen Hayes, Sophie O Connor and Emma Coroner all gave it everything and accredited themselves very well but found the competition very tough on this occasion. Our  u16 boys finished off a great day by retaining the title the club won so convincingly last year. Gareth Doyle kept the team right in the hunt on the opening leg and Alex Hunter followed up with another of his trademark charging runs to leave the team second. Tommy Friel, who was running his first race for the club, ran a cracker of a third leg to retain second place &  handed over to Brian Kiernan who posted the fastest time of the day (1 min 18 sec) when storming to victory on the last leg with Mullingar second and SLOT third. All the teams appreciated the fantastic support of their parents who cheered them on & provided transport to and from the venue and in particular Fergal Kilgannon, who epitomised the great spirit within the club, by travelling down as first sub on the u 16 team. 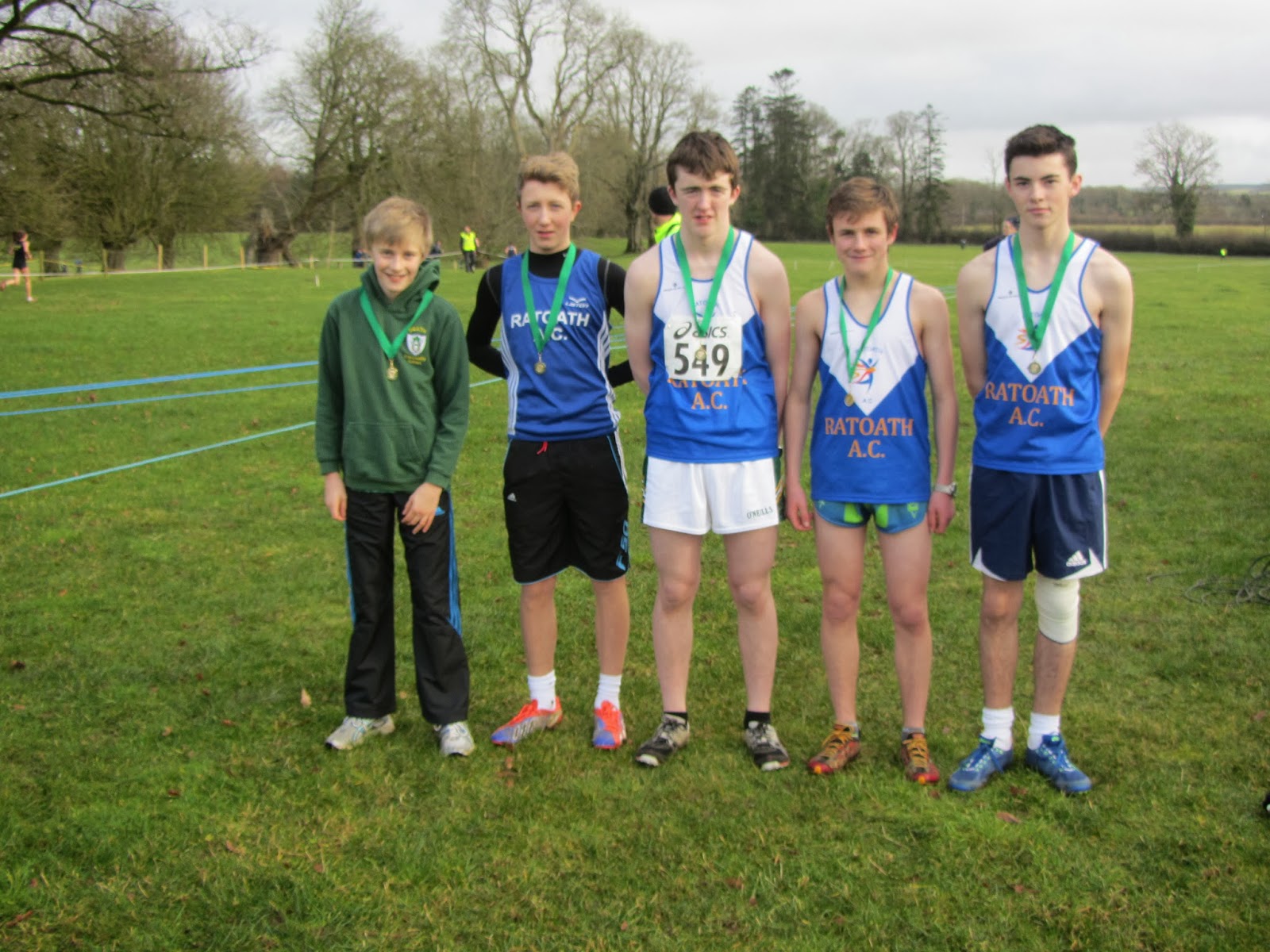 Posted by GFinnegan at 7:20 PM