The Leinster Juvenile relays were held last Sunday at Shoreline Sports Park, Greystones, Co. Wicklow. The day started off overcast but by mid-day the sun was shining and it remained very warm for the rest of the afternoon. The competition was as usual of a very high standard and the event was well attended with 2-3 heats in most events required, with winner and fastest losers only making it to the finals.
In the morning session we had three teams competing, the boys U11, girls U11 and girls U13. All three teams qualified for the finals comfortably. In the finals the girl’s u11 team consisting of Aimee Doherty, Aoife Rutherford, Emma O’Connell and Ella Healy put in a great performance to finish a close second behind Blackrock in a time of 62.56s. The boys U11 team were not to be out done, the team of Rohan Wardick, Fionn Drummond, Brian Kiely and Tom Kilgannon also took silver in the boy’s final with a time of 63.38s. The girls U13 team of Aine Cooney, Ivie Okome, Emma Coroner & Rachel McPartlin made up for their disappointment at the Leinster indoor relays to finish with yet another silver medal, they put in a great performance and ran a pb of 56.96s and were beaten only by the current All Ireland Champions from St. Laurence O’ Toole’s.
In the afternoon session, we had two teams competing, The girls U12 team consisting of Orla Hayes, Ella Healy, Emma Coroner and Rachel McPartlin won their heat and finished 5th in the final with a blanket finish for 3rd,4th &5th place, only 6 hundreds of a second separated 3rd from 5th place. The boys U16 team who only just made it to the starting line on time did not let it affect them and had a good run to finish second behind Menapians in a time of 50.28s. The team consisted of Eoin Clayton, Peter Kilgannon, Philip Marron and Stephen Shaw.
Congratulations to all teams who took part and thanks to all parents who made the trip to Wicklow. We wish our teams the best of luck in the All Ireland finals which will be held at Finn Valley Athletic Club, Donegal on the 29th of June for the U11s and Tullamore on the 21st of July for the U13s & 16s. 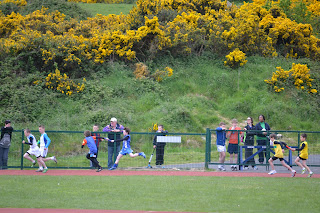 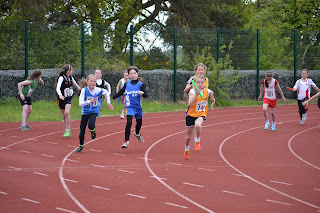 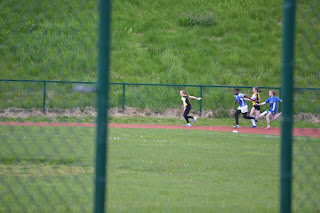