Tommy Boshell - a man of many talents

Most current club members would know Tommy Boshell in his capacity as a dedicated administrator at club, county and national levels. Indeed, when he was not busy cutting weeds, sorting out the long jump or shot put circle at our local track, inevitably with the able assistance of Ronnie Quigley, he somehow found the time to act as Meath county board secretary, treasurer, delegate to the Leinster board and in 2016 was elected President of  the Meath County Board.

What many of you might not know is that he was a top class athlete and still holds the club senior records for both 1500m (4 min 04 ) and 10k (32 min 46 sec). Tommy was spotted at a sports hosted by St Andrews a/c in 1964 when he won the 800m. Within a year he had won the Meath youth championship and was third in the Meath junior cross country championships. In 1965 he was 4th in the All Itreland youths cross country behind the legendary Donie Walsh. He went on to win the Leinster junior xc in 1968 and was 9th in the nationals behind John Hartnett who subsequently won the world junior cross country championships.. By the mid 1970's Tommy was already assisting on the administration side but he still managed to finish 6th in the 1974 Leinster senior cross country and was just outside the top 20 (21st and 23rd) in the 1972 and 1973 senior nationals During his athletic career, he won 6 Meath senior XC titles in addition to 5k and 10k track titles. Not a bad record by any means so don't be fooled by the modest Tommy telling you he did a "little bit of running" in his younger days 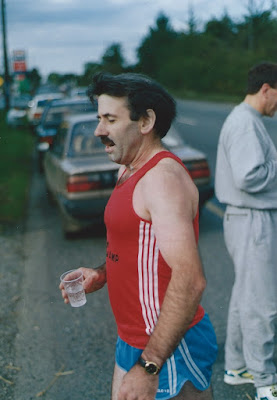 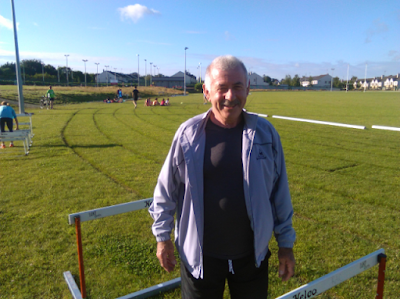