Day 3 of the national juvenile indoor championships were held in Athlone on April 1st. Ratoath A/C had six athletes competing on the day and all acquitted themselves with distinction.

Sophie Quinn gave a masterclass in the girls u 13 600m. Having successfully negotiated a tough heat in the morning session, Sophie opened up with a blistering 29 sec for the opening 200m in the final and went on to take the gold in a very swift 1 min 41.69.

Matthew Buckley smashed his PB in the u 16 200m final to record 23.36 sec when taking silver and add to the bronze medal he recently won on day 2 over 60m.

Aimee Doherty made most of the early front running in the girls u 14 800m before finishing 5th in 2 min 26.13 sec while Eoin Kane ( u 13 600m), Caoimhe Fitzsimons (7th u 12 long jump) and Rafael McCaffrey ( u 16 200m) all acquitted themselves very well and will gain hugely from the experience of competing at national level. 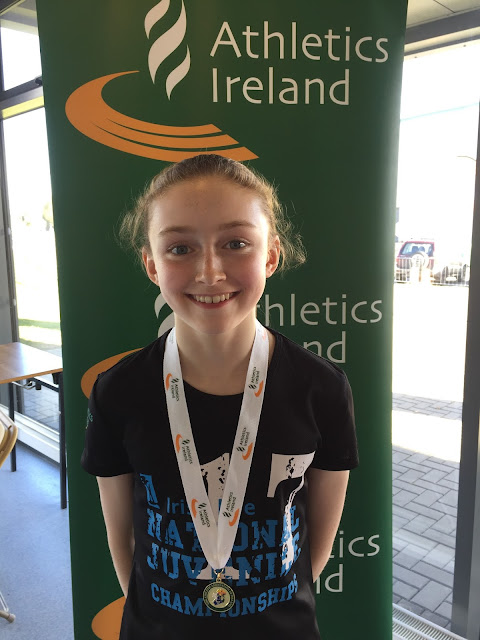 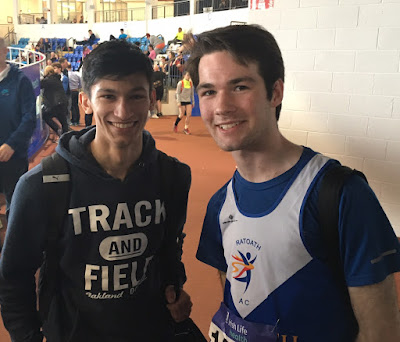 Posted by GFinnegan at 9:45 PM