The Tailteaan Games were held in Santry today (19th June). Ratoath Community School had two athletes running in the Leinster colours as they competed for the Tailteaan title. With places also up for grabs on the Irish schools team to compete in Galgow in mid July, every event was keenly contested.

Philip Marron continued his unbeaten run in the 1500m steeplechase with another faultless performance over the barriers and took the title in 4 min 31.8 sec which was just a fraction outside his personal best.

Brian Kiernan also caught the eye with his trademark strong finish to get up for third right on the line in 51.5 sec. This is Brian's first season running the 400m and he has made  huge progress in what is a very demanding event. Later on in the afternoon, Brian had the satisfaction of anchoring the winning Leinster team in the 4 x 400m relay in a time of 3 min 25 sec. Brian's leg was timed at 50.88 sec 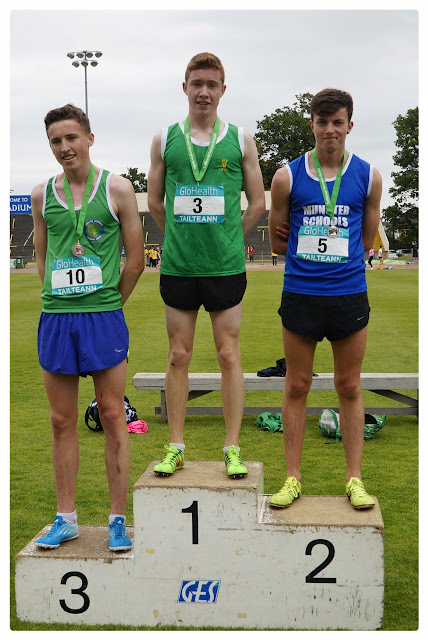 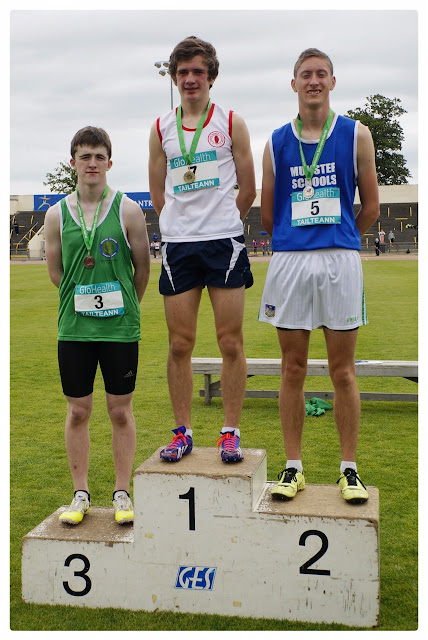 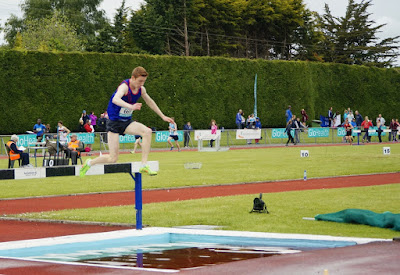 Posted by GFinnegan at 5:37 PM