The Leinster team competition was held last Monday June 2nd in Tullamore. We had three teams competing from the club, U10 boys & girls and U12 Girls. 4 team members had to compete as a pair over 4 track & field events with a sprint relay at the end.  The teams were awarded points based on their performance in the paired events and double points were awarded for the relay. Eoin Kane, Christopher Dunne, Cian Crawford and Harry competed for the u10 boys, all lads performed very well in the paired events and were lying 4th heading into the relays, the lads ran a great relay finishing 3rd and were unlucky not to finish in the medals remaining 4th overall. The girls U10 team of Laura Kelly, Niamh Murray, Sophie Greene and Sophie Quinn were in great form winning the paired 60m and 600m events and finished well also in the turbo Jav. and long jump. The girls had a good lead heading into the relay where they finished 2nd, but still held on to first place overall to take gold. The u12 girls team of Lili o’ Connor, Aoife Rutherford, Laoise Murphy, Emma O’ Connell and Aimee Doherty competed very winning the paired 60m Hurdles and 600m, they finished 3rd in the long jump but were well down the field in the high jump.  The girls were 4th heading into the relays, but with a great run the won the relay comfortably and with double points up for grabs they managed to finish 2nd overall.
Well done to all teams who competed and thanks to all parents who travelled to Tullamore. 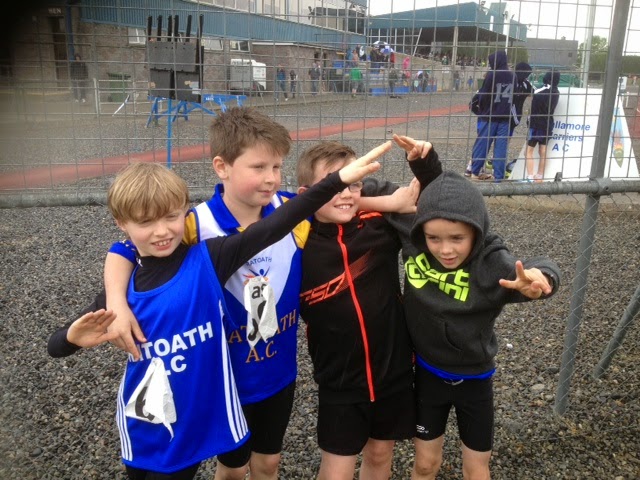 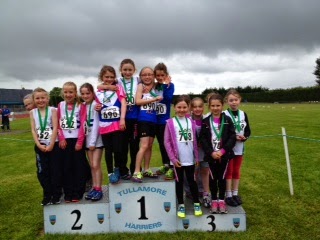 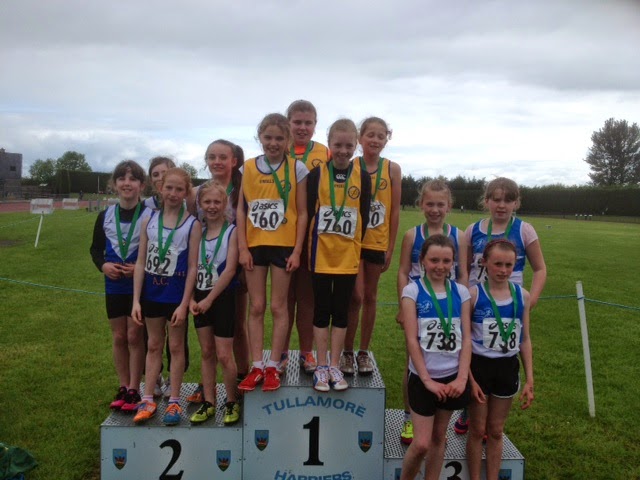 Posted by Peter Doherty at 3:41 PM