The early 10am start did not stop Siobheal Murray from dominating the masters high jump and her leading jump of 1.45m  and a new championship best performance set the standard and inspired a string of great performances by the junior section of Ratoath A/C. over the course of a long day. Philip Marron had a gun to tape win in the junior mens 1500m to retain his Leinster title. After a tactical opening 800m was covered in 2 mins 14 sec, he cut loose to win by almost 3 seconds in 4 min 08 .96 - a new indoor PB and championship best performance.

Having just lost out on a Leinster medal by the narrowest of margins, Karen Hayes showed true grit yesterday when taking a wonderful bronze in the junior womens 800m while giving 3 years to some of her competitors. Karen led through 400m in a modest 73 secs but despite relinquishing the lead with 150m to go she battled all the way to the line to hold on for third ( 2 mins 28.22 sec ) in a blanket finish involving 5 athletes. Her smile as she crossed the line said it all. Peter Kilgannon and Naoise McKenna were next up in the junior mens 800m. In another tactical affair, Peter finished with his now trademark turn of pace to get up for third in a new PB of  2 min 00.11sec with Naoise back in 10th place overall.

Naoise showed his true form and mental toughness when he quickly bounced back to run a stirring leg of the 4 x 200m. With  national schools champion Niall Harvey on the same leg he matched him stride for stride and combined with his team mates Brian Kiernan, Philip Marron and Peter Kilgannon to chase SLOT all the way to the line and record a new club senior and junior record of 1 min 35.10 for this distance. It was great to have Brian Kiernan back to his best and with virtually no time to recover Brian led off our junior 4 x 400m quartet that also included Alex Hunter, Ciaran Crowther and John Redmond. Well done to John in particular, who made a seamless step up to the junior ranks. They won the junior category and set a new club indoor junior and senior record of 3 min 48.84 sec

The junior 3k saw Alex Hunter come to life about half way through the race and while he chased down the eventual race leader all the way to the line to finish second in 9 mins 20 sec, he was always playing catch up. After a slow start, Ciaran Crowther got into his stride and was doing his best running at the finish as he came through the field. 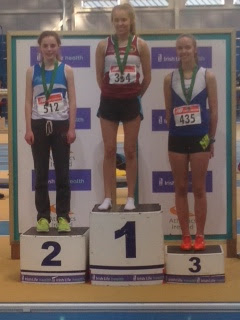 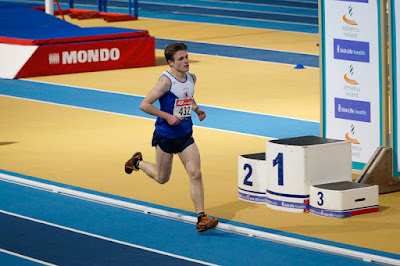 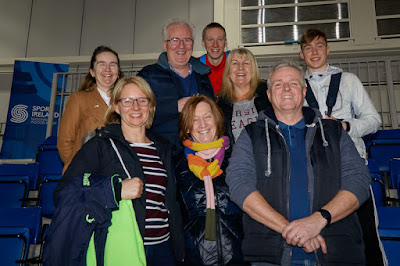 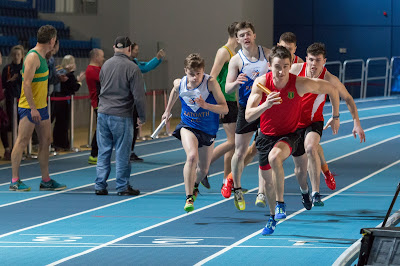 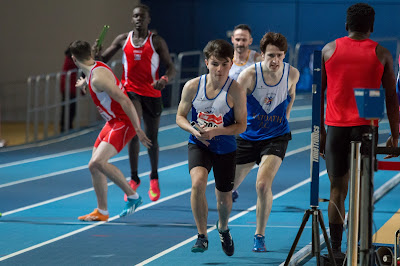 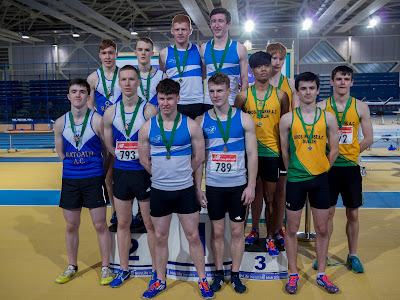 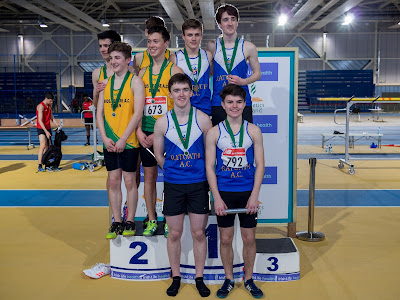 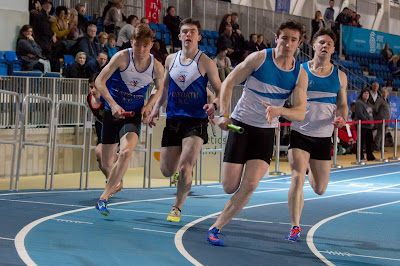 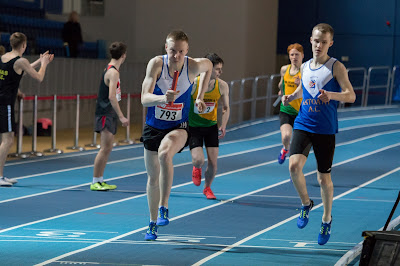 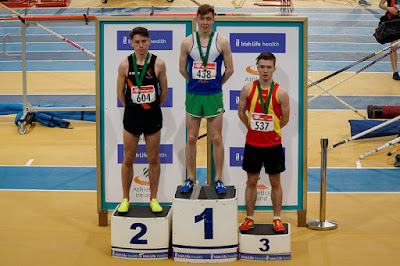