The Leinster even ages Cross Country Championships were held yesterday at Avondale House, Rathdrum, Co. Wicklow. The weather was not kind to the competitors who had to put up with very cold conditions and rain showers throughout the day. The course was also difficult with tough hills and difficult underfoot conditions.
We had eight Athletes from the Club competing, Karen Hayes and Shauna Coffey had a good run in the girls U 12 2000m finishing 27th and 51st respectively out of a field of 140 Athletes. Aine O’ Conor finished 18th in the girls u14 3000m and was fifth home on the Meath team who won the County team event. Alex Hunter put in another strong performance in the boys U14 3000m finishing 13th, and was 4th home for Meath who also took gold in the County team event. Cormac and Pierce Butler were also on the Meath boy’s u14 winning team. Ciaran McCarty was unlucky in the boys u16, 4000m after suffering a fall in the early stages of the race, he recovered to finish 32nd. Conor Duncan competed in the boy’s u18 6000m and was 6th man home on the Meath team who took 3rd position in the team event.
Congratulations to all Athletes who competed yesterday and we wish our Athletes the best of luck who qualified for the All Irelands which will be held on the 25th of November in Tattersalls. This will be a great occasion for our Athletes who have qualified, being able to compete in an All Ireland on their door step and we would encourage all of our members and especially our younger athletes to come along for the experience and to support our competing Athletes. 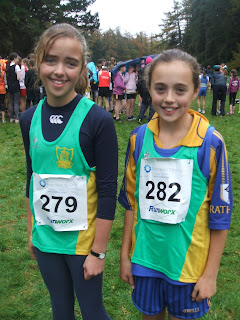 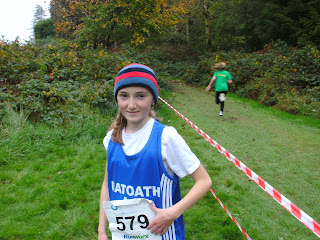 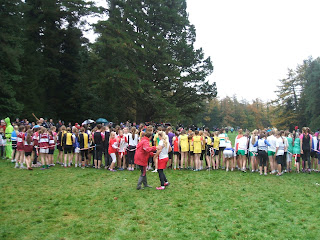 Posted by Peter Doherty at 6:17 PM