The Meath even ages cross country championships were held yesterday at Greenanstown, Stamullen. We had a record turnout from the club with 56 athletes competing from U10s up to men’s novice level. The Stamullen course as usual was tough and the hills will not be forgotten easily, but at least the weather held up and racing conditions were near perfect. The U10 girls and boys got the day off to a great start with both teams winning their team events with terrific scores of 22 and 32 points respectively. Great individual performances were produced by Aimee Doherty winning the U10 girls event, Sophie Quinn who is still U9 finishing 3rd, Laura Kelly another U9 finished 8th, Matilda Ruhan 10th and Molly Keane 14th.

The top 4 boys were led home by Fionn Drummond who finished 2nd despite picking up an ankle injury on the run in, Fionn was followed closely by Kyle Witter in 4th who had a great run, Cian Crawford 11th and Michael Ohaka 15th, a great run for Michael in his first cross country.
The U12s were up next and again we won the girls team event with a great score of 25 points. Great performances were had by Ella Healy who finished 2nd, Aoife Rutherford 5th, Saoirse O’ Kane who had a terrific race finishing 7th, Sophie O’ Connor 11th and Lili O’ Connor 15th. The boy’s u12 team finished second and were only 2 points off the gold medal; Tom Kilgannon was first home for the boys in 8th place, with Matthew Hayes 13th, Nathan O’ Connor 20th and Eoghan Kavanagh 27th, both Matthew and Eoghan having a great race on their championship debut.
The U14 girls found the 2000m tough going with a number of hills on their route, but all finished the course and they only finished 2 points off a team bronze medal, Karen Hayes finished 8th followed by Rachel Doherty, Sophie Dunne, Maria Rogers and Ivie Okome. The U14 boys picked up bronze in the team event with good performances from Harry Bailey 9th, Fergal Kilgannon 11th and Darragh Casey 12th.
The standout performance of the day came from Alex Hunter in the boys U16 3500m, Alex took the gold in a very competitive field of national standard athletes, and was closely followed by Peter Kilgannon in 4th, Philip Marron 5th and Gareth Doyle 12th. The boys also won gold in the team event.
The Novice men’s team of Alan Phelan, John Coroner, Conor Duncan, Hugh Kelly and Henry Flemming had a great run in the 6k, all found the going tough but they enjoyed the experience. This was the first time in a long number of years that we had a senior team competing at the Meath Cross Country Championships and they were rewarded with a team bronze.
Thanks to all athletes and parents who attended, it was great to see a convoy of over 30 cars leaving our track yesterday morning, thanks also to Star of the Sea who hosted a great event.
The uneven ages cross country will be held at Fr. Murphy’s Athletic Club (Athboy) on Sunday, we will be posting the teams and event details on our web-site tomorrow and we look forward to another great days racing. 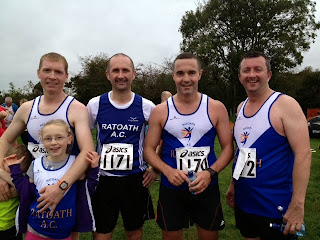 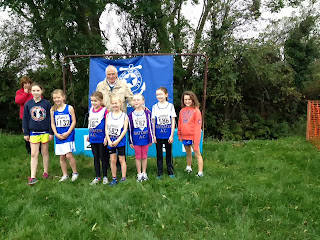 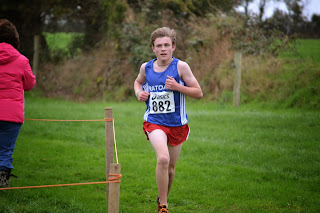 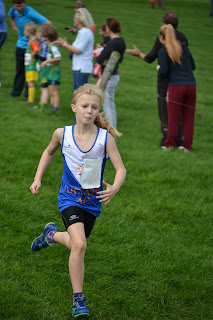 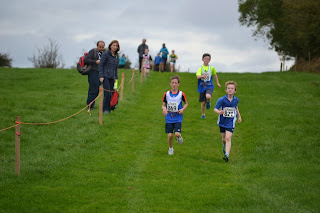 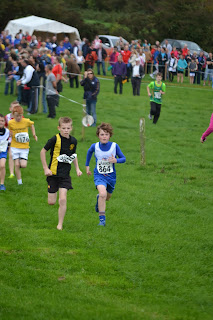 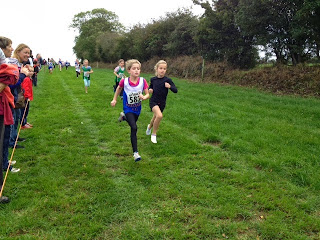 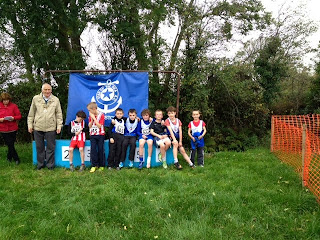